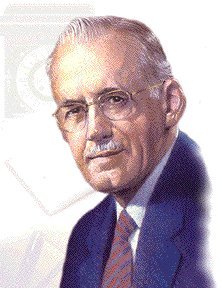 Tozer was writing about the Christianity he observed in the years before the assassination of President Kennedy. It is shocking to see how relevant his observations continue to be of the church in America today.

In fact, I wonder if Tozer wouldn’t have a heart attack if he saw the lazy, superficial, feelings-oriented, smarmy, and unbiblical approach to much of what passes for Christian discipleship today. O how we need to hear his Christ-entranced voice today!

“Evangelicalism as we know it today . . . does produce some real Christians . . . but the spiritual climate into which many modern Christians are born does not make for vigorous spiritual growth. Indeed, the whole evangelical world is to a large extent unfavorable to healthy Christianity. . . .  We are making converts of an effete type of Christianity that bears little resemblance to that of the New Testament. The average so-called Bible Christian in our times is  but a wretched parody of true sainthood. Yet we put millions of dollars behind movements to perpetuate this degenerate form of religion, and attack the man who dares challenge the wisdom of it.”