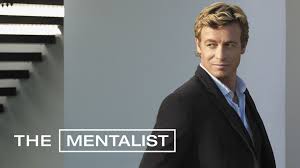 It was a simple observation that TV producers, writers, and Networks seem to be bent on giving a very noticeable pattern to their viewing audience.

Mentalist, House, Elementary, Backstrom: Hollywood selling atheist heroes to the TV audience. With dripping disdain for the “foolishness,” and “stupidity” of those who have faith in Christ, Hollywood paints believers through the eyes of unbelieving protagonists.

The plot line is exactly the same though the settings are varied. “House” was one of the first shows. The smartest person in the room is an atheist, dripping disdain for almost everyone and in particular, all who believe in the God, the writers present the protagonist as a curmudgeony genius without whom any number of people would die if it weren’t for his brilliance and brutal honesty. A modern day medical Sherlock Holmes killing disease and healing the sick.

The Mentalist, is similar. A former con-man, bereft of family by an insane serial killer (thus a sympathetic character), now serves a police department with his superior-to-everyone-elses-skills. He too is the smartest man in the room and obviously, (he is the genius in the room), does not believe in God or any kind of afterlife. His disdain for people who believe is toned down to a bemused tolerance but the effect is the same.

Elementary and the newest entry, Backstrom have similar plot structures. Again the smartest person is the room is an atheist and all who believe in God are either, charlatans, hypocrites, fools, idiots or some combination of those. The Mentalist protagonist seems to be the most ambivalent and tolerant of believers in God.

In each, the writing is excellent, the acting superb, the production values high, the storylines are interesting, each presenting difficult puzzles for their audiences to try to solve along with the cast of characters. And there is little room for God in any of the plots. It is what we would expect from an industry that has, in many ways (not all, but many), turned its back on the Messiah.  But, as I wrote in the original Facebook post …

We know our Redeemer lives. We know in whom we have believed. So, in the words of Psalm 46:10, “be still and know that He is God.” Maybe this recording by The Fray will help you remember to do that.

One thought on “Be Still and Know: Psalm 46 and the Believing Mind”

Winter Strategies to Engage with Neighbors

When We Deserve the Worst

Guest Post: Bill Bauer on Learning How to Think