Friday is for Other Voices

The following is from Kairos Journal. Oh how we need such steel in the backbone of the leaders of Christ’s Church on earth in these days. 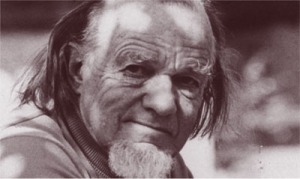 Pastor and theologian Francis Schaeffer always sought to look beyond surface issues to the ideas controlling the actions of the modern age. Moved to describe the situation facing the Church in terms of war, he sought to awaken Christians to the high stakes attached to their everyday lives and the urgent need for action on their part to turn the tide against impending disaster.

But do we really believe that the part we play in the battle has consequences for whether or not men and women will spend eternity in hell? Or whether or not in this life people will live with meaning or meaninglessness? Or whether or not those who do live will live in a climate of moral perversion and degradation? Sadly, we must say that few in the evangelical world have acted as if these things are true. Rather than trumpet our accomplishments and revel in our growing numbers, it would be closer to the truth to admit that our response has been a disaster.1

One thought on “A Prophetic Voice for Church and Culture”

When Justice is Perverted, Remember that There is One Who is Just (and He will bring justice)

“Godliness is the True Humanness”

Start, Walk and Finish the Day with Him