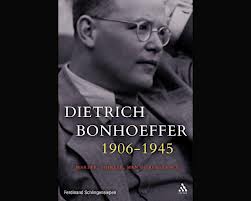 “Luther’s return from the cloister was the worst blow the world had suffered since the days of early Christianity. The renunciation he made when he became a monk was child’s play compared with that which he had to make when he returned to the world. Now came the frontal assault. The only way to follow Jesus was by living in the world. Hitherto the Christian life had been the achievement of a few choice spirits under the exceptionally favourable conditions of monoasticism; now it is a duty laid on every Christian living in the world.”

Dietrich Bonhoeffer, The Cost of Discipleship, 48.

What Bonhoeffer meant with the phrase “the exceptionally favourable conditions of monoasticism” is akin to what people mean when they talk about an “Ivory tower Christianity.” He was criticising “hothouse Christianity” a Christianity not connected to the dirt and grime of normal everyday reality, a Christianity disconnected from relationship with people who need Jesus and that takes the gospel to them in the everyday-ness of their lives.

First Ride after A Crash

When We Were Young