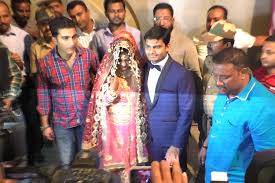 Recently, and delightfully, I have been asked by a number of individuals for help in witnessing to Muslims and Hindus. I have had some experience with Muslims and much less with Hindus, but here are a few of the resources that I have on my shelf that have helped me to be sensitive and informed.

I would add, that Bill Fay’s five questions are an excellent tool and process for both learning about your Muslim and Hindu neighbors and sensitively moving the conversation toward Christ.

Helps for Understanding and Being Sensitive to Muslim Friends

Helps for Understanding and Being Sensitive to Hindu Friends

Sharing Your Faith with a Hindu, Madasamy Thirumalai  (Bethany House, 2002)
The Religions of Man, Huston Smith (Harper & Row, 1958) — this is a classic work that gives the basic facts on various religions and systems of belief

Disappointed with the Elections Every Four Years?

How Did the Sons of Korah Pray for Revival