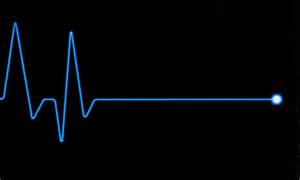 That’s one way to think of Christmas. With the incarnation, with the God-man Savior, the plan of the Father to conquer sin and its effects, including death, is unleashed. Christmas is the beginning of the end for death. All those who rightly fear death can run to a Savior who rescues them from death and transforms death and its fears into celebration and life–eternal life.

Five months before he died, C.S. Lewis wrote a woman who feared that her own death was imminent. Lewis said, ‘Can you not see death as a friend and deliverer? … What is there to be afraid of? … Your sins are confessed. … Has this world been so kind to you that you should leave with regret? There are better things ahead than any we leave behind. … Our Lord says to you, “Peace, child, peace. Relax. Let go. I will catch you. Do you trust me so little?’ … Of course, this may not be the end. Then make it a good rehearsal” …

For some time, I have been telling my children that if I ever show signs of dementia or Alzheimer’s, I want them to get me a one-way ticket to a Muslim country, say goodbye and let me go to preach the gospel and die a martyr before I lose my mind entirely! I will have a glorious end; I won’t be a burden on the family, and they will have great stories to tell my grandchildren!

How can I and others live that way?

Because Jesus came to die for me and death no longer has any power over me, because my sins (that would have condemned me) have been covered by the sacrifice of Christ, there is no fear in death.

Which reminds me of another great truth underscored by C.S.Lewis. In the book, a Severe Mercy, Sheldon Vanauken tells the story of meeting and developing a friendship with Lewis who presented the truth of the gospel in such thought provoking ways that Sheldon and his girlfriend, Davy, came to know Christ. Vanauken tells of the day they said farewell. Lewis and Sheldon, along with Davy were parting. Vanauken passed to the other side of the road at a street light and then above the din of the surrounding traffic, Lewis’s voice boomed out, “Besides, Christians never really say goodbye.”

That’s right. We are headed toward a great reunion. Death is swallowed up in the victory of Christ (1 Corinthians 15:50-57). Our death-conquering Lord forgives. And that is always a great message to remember and rejoice in at Christmas.

So, until God calls us home, let’s be a people filled with joy and let’s be found announcing the coming of the Kingdom of God. Our death-conquering Lord forgives. And that is always a great message to remember and rejoice in at Christmas.

2 thoughts on “The Beginning of the End of Death”