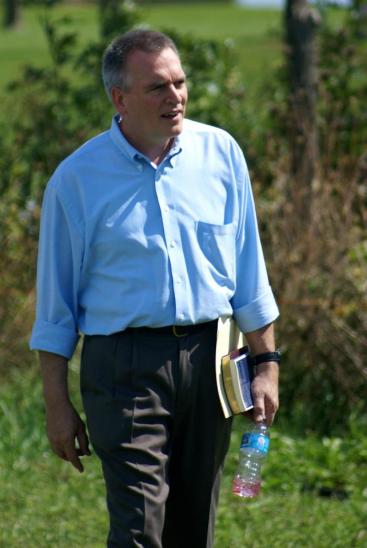 Among the many things I have been working on since leaving Trinity Church as its Senior Pastor is a revision of my 2012 book, Picking A President: Or Any Other Elected Official. Some might think it odd to revise a book that is only five years old. Let me tell you why I’m doing it.

So here is part of the revised 21st chapter of a probably-differently titled book. (Front-runner for the new title? Mr. and Mrs. Candidate, You’re Fired!) All chapters in the book are based on a chapter in the book of Proverbs. As always, it is always best to read the chapter in Proverbs that corresponds to the same chapter in the book.

The king’s heart is a stream of water in the hand of the Lord;
he turns it wherever he will. (1)

When justice is done, it is a joy to the righteous
but terror to evildoers. (15)

No wisdom, no understanding,
no counsel can avail against the Lord.
The horse is made ready for the day of battle,
but the victory belongs to the Lord. (30-31)

Proverbs 21:15 echoes the things we learned in chapter 20. The role of the righteous leader is twofold:

2) bring terror to those who delight in evil.

A good government is one that maintains a balance between personal freedom and the common good.

But if Proverbs 21:15 echoes chapter 20 (esp. Prov. 20:2, 8, 18, and 22), it also gives a powerful corrective to thinking that any human ruler’s power is ultimate. The point of the first verse is that the heart of the king is in God’s hand. This is both a mystery and a great comfort. Even if your candidate is not elected, even if according to your best judgment, the worst of two evils is elected, a believer need not despair. Listen to the wise words of another generation commenting on this passage:

God can change men’s minds, can, by a powerful insensible operation under their spirits, turn them from that which they seemed most intent upon, and incline them to that which they seemed most averse to, as the husbandman, by canals and gutters, turns the water through his grounds as he pleases, which does not alter the nature of the water, nor put any force upon it, any more than God’s providence does upon the native freedom of man’s will, but directs the course of it to serve his own purpose.

Even kings’ hearts are so, notwithstanding their powers and prerogatives, as much as the hearts of common persons. The hearts of kings are unsearchable to us, much more unmanageable by us; … but the great God has them not only under his eye, but in his hand. Kings [or Presidents and Congressman] are what he makes them. Those that are most absolute are [still] under God’s government; …49

30 No wisdom, no understanding,
no counsel can avail against the Lord.
31 The horse is made ready for the day of battle,
but the victory belongs to the Lord.

This is the perspective and the comfort we need in all our political involvement. Trust God. Even as you work to ensure that good people are elected, never forget that God is forever sovereign. There is no wisdom, no understanding that can stand against the Lord’s purposes. People can make their plans, but God can overrule all of them. Political operatives can wheel and deal, but in the end, God will “cause all things to work together for the good to those who love Him and are called according to His purposes” (Rom. 8:28). And that is comforting news in the midst of our sometimes frustrating (maddening!) political process.

Make sure that you are one who loves him, the sovereign God of the universe, above all things. We will not change the world through lots of political activity. We have responsibilities and duties in that sphere, but they are only one piece of a larger picture.

We will change the world by not “leaning on our own understanding, but in all our ways acknowledging him,” and watching him direct our steps (Prov. 3:5-6). In every election there is a candidate who is better for the country, county or city—always one that is better than the other. We have a responsibility before God to elect men and women who will lead wisely and well. But there is one Judge and Ruler who was never elected. He rules with might and power, with wisdom and righteousness, and his will is ultimately unassailable. Trust him. He, unlike every human governor, is always worthy of our complete trust.

Lord, Your word declares that You laugh at the folly of earthly rulers who raise up any plans against Your Anointed (Psalm 2:1-4). You warn the kings of the earth, all who govern, to show discernment and to bow down in worship of You as their sovereign Lord. And one day, Your word declares that every knee will bow and every tongue will confess that You are indeed Lord of heaven and earth (Isa. 45:23; Phil. 2:10; Rom. 14:11).

Help me to trust You and Your word, not only for that future day, but for every day that I breathe between now and then. Help me to not be anxious over who wins or loses a particular election. But help me to do my part to ensure that worthy men and women have the opportunity to serve. Amen.

Paint Me a Picture (God in a fence)

Why Dostoevsky is Worth Your Time