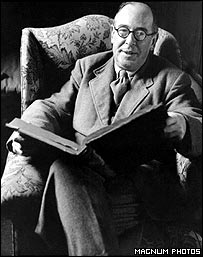 “No man knows how bad he is till he has tried very hard to be good. A silly idea is current that good people do not know what temptation means. This is an obvious lie. Only those who try to resist temptation know how strong it is. After all, you find out the strength of the German army by fighting it, not by giving in. You find out the strength of the wind by trying to walk against it not by lying down. A man who gives in to temptation after five minutes simply does not know what it would have been like an hour later. That is why bad people, in one sense, know very little about badness. They have lived a sheltered life by always giving in. We never find out the strength of the evil impulse inside us until we try to fight it: and Christ, because He was the only man who never yielded  to temptation, is also the only man who knows to the full what temptation means–the only complete realist.”

Lord, make us men and women who fight, by the power of the Holy Spirit, and resist temptation. Make us a people who delight to do good, grieve to do evil, and rejoice in the grace that covers our sin. Make us holy Lord. For your name, for your glory, for the beauty of your kingdom, make us like you. Amen.