I have simply underscored certain comments with bold type, a few bracketed comments [ ], and added a question at the close of the article.

This is an important theme that Christians need to take to heart and fight the long fight with grace and mercy.

Happy thinking to you and enjoy.

Carrying the Cross without Complaining

Os Guinness is an internationally renowned speaker and the author of numerous books, including Time for Truth, The Gravedigger File, and Long Journey Home. An Englishman, he was born in China and holds degrees from the universities of London and Oxford.

“Poor, uneducated, and easy to command”—Michael Weisskopf’s notorious comment about evangelicals in the Washington Post is typical of the bottomless ignorance and brazen prejudice that is common in America today. As such, it is a reminder of a second thing to clarify as we set out to win back the West. The modern world is awash with prejudice and discrimination against Christians and the Christian faith, so much so that some Christians are even using the term “persecution.”

How bad are things? And how should we respond? There are four points for pastors to bear in mind. First, it is common for cultures in decline to go through a period in which they turn away from whatever was the “old faith” that made them what they were. In the West the “old faith” is obviously the Christian faith, and sometimes today it is almost comic to see Westerners rush to embrace any weird, wild, and wonderful belief—except the Jewish and Christian faiths that have been central to the rise of the West. In this sense we are in an “ABC moment” (“Anything But Christianity”).

Second, pastors should remind people that, though our situation is worse than it used to be, it is infinitely easier than the cost paid by our brothers and sisters in parts of the world where “the blood of the martyrs is the seed of the Church.” No one who knows the courage of the Christians in China, Burma, Sudan, or North Korea can have the gall to describe themselves as seriously persecuted. [“Oh God help us to remember this.”]

Third, pastors should teach and train their people to respond to all insult and injury as Jesus called us to—and never, never, never play the victim card as many Christian leaders have recently. In the United States in particular, Christians are not, and never have been, “a small, persecuted minority” victimized by the liberal elites, as many Christian leaders now claim. That is factually incorrect; we are the biggest majority around. More importantly, victim-playing is psychologically dangerous because it appeals to a poisonous resentment (“the politics of the tarantula,” as Nietzsche called it). But most importantly of all, victim-playing and whining are theologically obscene for followers of Christ. We are called to take up our crosses, go outside the camp, and follow our Lord, with no whining or complaining.

Fourth, we should seek to understand the sources of the prejudice directed against us, and where there is some reason for it, to work to remove the grounds for the sake of our ongoing witness. In my experience, there are three major sources of prejudice against Christians and the Christian faith in the West today, and in each case the prejudice is half-warranted and half-unwarranted. 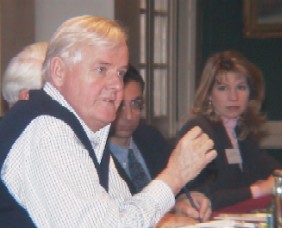 One source of prejudice grows out of reactions to the evils and excesses of Christendom. Never mind that the Christian faith has inspired the greatest reforms in history—ranging from the banning of infanticide and the gladiatorial games through the abolition of slavery and the rise of the women’s movement to civil rights. Simply mention the public influence of faith and what will be raised will be the specter of the Inquisition, the Crusades, and the wars of religion.

Another source of prejudice stems from the repudiations of the Enlightenment. Never mind that many of the very greatest thinkers of the West have been men and women passionately in love with Jesus Christ—Augustine, Aquinas, Pascal, Newton, Edwards, for example; not to speak of some of the greatest minds today. Following the Enlightenment, all faith is routinely dismissed as irrational, anti-intellectual, and reactionary. When I was a student, I often heard Bertrand Russell quip: “Most Christians would rather die than think—in fact they do.”

Yet another source of prejudice arises from the erosions of faith in the modern world. Never mind that the Christian faith is the single most influential force behind the rise of the modern world, Christians are repeatedly dismissed as “harmlessly innocuous and dangerously extremist.” At first I thought that accusation was contradictory and muddled, until I realized that both charges spring from the same irrelevance of faith that has been eroded by the modern world. Faith is dismissed as harmless when it is “privatized”—privately engaging but publicly irrelevant; but faith can equally be seen as dangerous when it is “politicized” and believers are exploited as “useful idiots” in the service of an ideology or party. “The first thing to say about politics,” it is well said, “is that politics is not the first thing.”

If, as I argued … [before], we should be evangelical and unashamed, then nothing is more important than defining our responses to others as Jesus taught us to—not demonizing our opponents and not responding to hate mail with hate mail, but loving our enemies, doing good to those who hate us, and forgiving insult and injury as we have been forgiven. Our generation has yet to see what so many followers of Christ, at such a moment and with so much at stake, could accomplish if they were to engage the world as followers of Christ are called to.

Ours may be an “ABC moment,” but while “Christianity” has been tried and found wanting, the way of Christ needs to be tried.

Question:
What are the top three categories of beliefs that the culture needs our witness but hates us for it at this time in history?

One thought on “Cross Carrying with a Joyful Heart”

Instrumental Music for a Day of Rest, a Sabbath