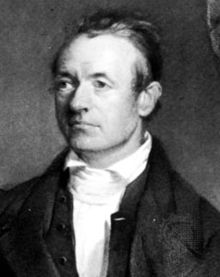 “When he began his mission in Burma, Judson’s original goal was to translate the Bible and establish a church of 100 members before his death. When he died 38 years later, he left behind the entire Bible in the Burma language, 100 churches, and over 8,000 believers when including the minority Karen people. In large part due to his influence, Myanmar has the third largest number of Baptist worldwide, behind the United States and India.”

MissioNexus.org Magazine (2012)
“Endurance Personified in the Life of Judson”

It is often the case that the good that we intend to do for the glory of God, exceeds all expectations, because of the glory of the God we serve. It is also true, that the process is rarely like we expected and is often filled with crippling sorrow before the joy of a new day is attained.

“Oh God, make me tireless in my service to You so that Your glory would triumph over every weakness in my flesh. In Jesus name, I cry out to You, Amen.”

A Warning to Pastors and Others Who Lead

Today’s Question: Are we living in hell?