Ours is a culture that desperately needs to gain David’s perspective on what sin is and how serious it is to a holy God. David shows us in Psalm 51.

His heart’s cry is that God alone possesses the type of love and compassion capable of erasing his sin. He writes, “according to your lovingkindness, according to your compassion.” Human forgiveness that is resourced in the heart of man is not enough. He feels the weight of his rebellion against God and runs, as fast as he can, to the mercy of God.

Throughout the Psalm he uses three different words to describe his sin.

He pleads.
He begs.

He describes the character of his sin in clear unambiguous terms.

He describes it as a cosmic rebellion against God and His will.

He describes his corruption as rebellion, waywardness and guilt.

Many in our nation are praying for a revival.
Many have adopted as their template for prayer the words of 2 Chronicles 7:14:

“If my people who are called by name, humble themselves, and pray and seek my face and turn from their wicked ways, then I will hear from heaven and will forgive their sin and heal their land.”

It is a great prayer. But it may be a powerless prayer until we recognize that to “humble ourselves” and “turn from our wicked ways”, to seek the face of God like the prodigal son or like David, means coming to grips with the seriousness of our sins and the fathomless grace of God that is not taken for granted but clung to as our only hope.

Then, only then, the waiting Father will run to us. When we are reduced to nothing but need, when all other hope and props are gone and the Father’s love in Christ is our only refuge, then we will see revival. 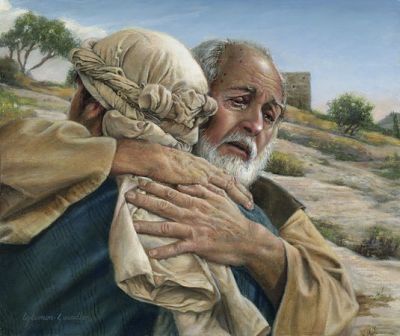 “Lord, make my heart like David’s.
Let revival of a nation start with me.
In the name of the Christ, Amen.”

6 thoughts on “What Does Repentance Really Look Like in a Man of God?”

Discipleship: Not for the Half-hearted

The Gospel, Not the Preacher, is Powerful

Can I Brag a Bit?