Third day on Bill Fay’s 5 questions. We might title this one: 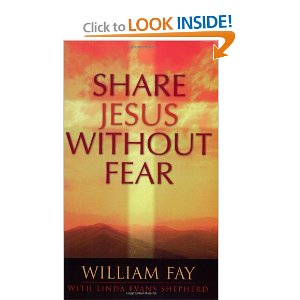 On Thursday, my friend Matt Stephens suggested that Bill Fay’s five questions may not be effective in cultures that have no Judeo-Christian heritage.  Here’s the paragraph. Matt is a young thinker that I have great respect for so I want to give his thoughts some serious analysis even though I disagree with him. (For Matt’s complete comment go to Thursday’s initial post.)

[1] I also think the whole method is pretty irrelevant outside of a Christendom context. [2] It assumes people have heard of Jesus and heaven and hell, and have a basic acceptance of the existence of an afterlife, if not a conception of it in terms of “place.” [3] It also requires them to trust that you, or at least the Bible, are a trustworthy source of Truth. [4] Unfortunately, the majority of Americans consciously deny the latter, along with being overtly hostile to the slightest hint of uninvited proselytization.

I have labeled the sentences with numbers in brackets [  ] to make it easier to follow my comments.

I want to push back a bit on this one because my own experience is contrary to what Matt suggests. But actually before I do, let me point out that Matt’s comments are global in sentences 1-3, and national in sentence 4. This is important. Since my blog is in English and is devoted primarily to the North American context I might just dismiss the first 3 sentences as an objection that is meaningless to the discussion but I can’t do that with the fourth sentence.

But I don’t think Matt’s first three sentences are meaningless; I think they are wrong. Here’s why:

Now to Matt’s fourth sentence which is more relevant to my blogging audience. Matt makes a good point and I will take that up on Monday with part 4.

What Does It Mean to Thirst for God?

Preparing the Neighborhood Soil for Christmas

He Does More than That

Giving Thanks to An Atoning God

Baptism Formulations that Sing to the Heart