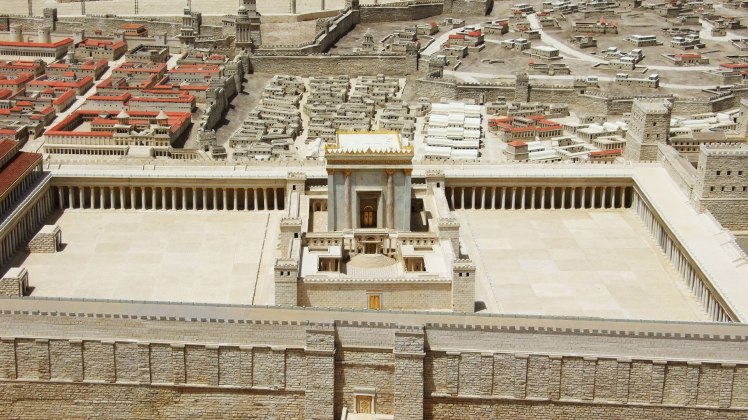 12 And Jesus entered the temple and drove out all who sold and bought in the temple, and he overturned the tables of the money-changers and the seats of those who sold pigeons. 13 He said to them, “It is written, ‘My house shall be called a house of prayer,’ but you make it a den of robbers.”

He was in the last week of his earthly life before going to the cross to pay for the sins of the world. He came to the Temple on Palm Sunday and it was filled with money changers and the hubbub of animal sales and the cooing of pigeons being sold in a place of worship. And for the second time in three years, “he cleansed the Temple.” He drove them out. He drove them out to the Temple because they had turned a place of worship, a place of prayer, into a “den of robbers.”

But here is another line of thought to explore for us.

Where is the Temple of God today?
Where does the Spirit of Jesus reside today?
Is it not us?

1 Corinthians 6:19-20
Or do you not know that your body is a temple of the Holy Spirit within you, whom you have from God? You are not your own, for you were bought with a price. So glorify God in your body.

1 Corinthians 3:16-17
Do you not know that you are God’s temple and that God’s Spirit dwells in you? If anyone destroys God’s temple, God will destroy him. For God’s temple is holy, and you are that temple.

2 Corinthians 6:16
What agreement has the temple of God with idols? For we are the temple of the living God; as God said, “I will make my dwelling among them and walk among them, and I will be their God, and they shall be my people.

Ephesians 2:21
in whom the whole structure, being joined together, grows into a holy temple in the Lord.

What does it say about Christians if we do not make prayer a priority in our lives? Jesus came to the Temple and thrashed the inhabitants there for failing to make the house of God a place of prayer. What might he say to us, about our prayerlessness today?