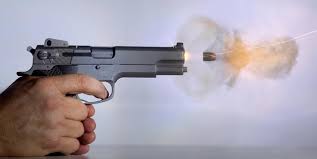 I suspect that the reasons for the epidemic-like uptick in gun violence and school shooting are probably more like 50-100 (or maybe 1000’s) of reasons in nature.

The breakdown of the family is an issue.
Bad rhetoric from both right and left is an issue.
………..
We could go on and on. And no doubt every person in the discussion would have a different spin on what is more important and deserves a higher ranking. Christians and non-Christians, I think, will have different answers. But as a follower of Christ, my question is . . .

Thinkers like Solzenitzen and Conyers, and Malik and many others talk about the ECLIPSE OF HEAVEN, the idea that people have fundamentally changed their orientation about God and the demunition of culture is the result. The culture gets meaner, angrier, and more focused on the personal, the individual and the narcisistic. It becomes less communal, less gracious, less kind, less “looking out for the other guy” and more focused on the fueling of personal resentments and bitterness.

It reminds me of the James Adams quote:

“Our constitution was made for a moral and religious people.
…………….It is wholly inadequate to the government of any other.”

When a country, founded like ours, not as a Christian nation, but as a nation that believed in and built its laws on a largely Judeo-Christian base, turns its back on God there will be consequence. We are seeing them played out.

2
A book worth reading to help us understand the issues in play.

Is there anyone who follows Christ who doesn’t understand that we need a revival?

One thought on “On Guns and Violence and Understanding”