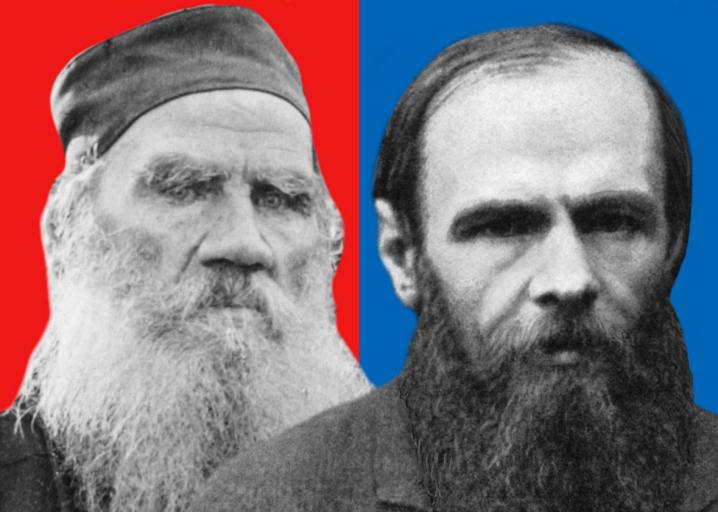 It isn’t even close.

Dostoevsky, Tolstoy, Pasternack, Chekhov, Nabakov, Solzhenitsyn, Turgenev, these are men whose greatest books are worthy of being read multiple times and who have enraptured the imagination of millions all over the world.

Crime and Punishment and the Brothers Karamozov by Dostoevsky are filled with such accurate depictions of the human predicament and probing explorations of the creativity and depravity of the human heart that their wisdom is not only inescapable but unforgettable. War and Peace, and Anna Karenina by Tolstoy are on every list of greatest books ever written.

I am reading Anna Karenina for the third time. There are two parallel storylines. At one level it is a slow, intoxicating, story about an age in a turmoil of values without value, of trivial pursuits and eternal consequences. It is about a man and woman (Vronsky and Anna) destroying themselves with adultery and betrayal. It is about two people grasping at a retreating happiness and being bitten by an immense sorrow.

At another level, it is about a simple, small man (Levin), an inconsequential, insignificant man, who finds happiness despite a sorrow, who finds contentment in the midst of longing. It is about the idols of our hearts and how what we worship destroys or exalts us. And it is about the odd and dangerous path of our thoughts when sentiment and passions rather than righteousness is allowed to light the way.

And it is about the way we lie to ourselves about our sin and the how those lies destroy us. I ran across this perfect description of the process of how we destroy ourselves by our lies and corrupt our futures by failing to live in light of the truth.

Vronsky and Anna meet in Anna’s home while her husband is away. Her young son is aware that Vronsky somehow brings happiness to his mother but suspicious of the man and of his mother. Something is not right in this relationship but he is too young to know what it is. Tolstoy describes the effect of the son’s presence on the guilty conscience of the two adulterers.

“This child’s presence always and infallibly called up in Vronsky that strange feeling of inexplicable loathing which he had experienced of late. This child’s presence called up both in Vronsky and in Anna a feeling akin to the feeling of a sailor who sees by the compass that the direction in which he is swiftly moving is far from the right one, but that to arrest his motion is not in his power, that every instant is carrying him further and further away, and that to admit to himself his deviation from the right direction is the same as admitting his certain ruin.

This child, with his innocent outlook upon life, was the compass that showed them the point to which they had departed from what they knew, but did not want to know.”

What is the compass in your life that is showing you the thing you don’t want to know about your character? What is the thing that you know you must submit to Christ or risk destroying everything in your life?

Make up your mind to see the compass, read it correctly, repent of your direction, and follow the One who died and rose for you. It will make all the difference in your real happiness both now and forever.

2 thoughts on “The Lies We Tell Ourselves”