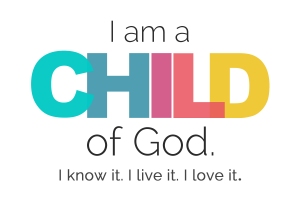 This week I have been working on the third message in a series on the fatherhood of God. One of the delights for me has been rereading a small treasure from my library. Sinclair Ferguson’s Children of the Living God is a classic on the Christian life and the fatherhood of God. He starts his book with a story about how he first came to understand, at more than a surface level what it means that he is a child of God.

“I was going through a series of interviews for a new appointment. One was to focus on my spiritual life. I vividly remember one of the interviewers asking me, ‘How would you describe your relationship with God?’

I was not very clear about what he meant. Was he asking whether I had spent time in Bible reading and prayer earlier in the day? Or was he wanting to know if I was harbouring some secret sin, clouding my sense of fellowship with God? He explained that he really meant: ‘What terms would you use to describe yourself in relation to God?’ After a moment’s thought I replied, “As a servant. And, yes, as a son!'” 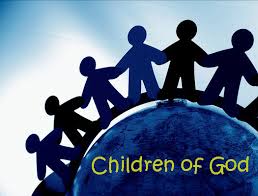 Ferguson goes on to say that the appointment went to another man but the interview had a profound effect on him in the succeeding days.

“. . . I had found myself saying something that echoed and re-echoed in my mind for days afterwards. Perhaps it was simply the fact that I had never been asked that question before. Perhaps it was because I had never articulated the answer in quite the same way. But, whatever the reason, it had dawned on me with an altogether new sense of wonder: I was nothing less than a child of the living God! He was a Father to me. I knew that I was a son to Him. What a privilege!”

One page later, he writes that seeing God as our Father is fundamental to our growth in Christ:

“It is the way–not the only way, but the fundamental way–for the Christian to think about himself or herself. Our self-image, if it is to be biblical, will begin just here. God is my Father (the Christian’s self-image always begins with knowledge of God and who he is!); I am one of His children (I know my real identity); His people are my brothers and sisters (I recognise the family to which I belong, and have discovered my deepest ‘roots’).”

My prayer for you this week is that you would understand in the deepest recesses of your being . . .

“how great is the love of the Father that He has lavished upon us, that we should be called children of God! And that is what we really are!”  (1 John 3:1)

My prayer is that such wonder and joy in this happy truth purchased by the blood of Christ, would so fill your heart and mind that all the scary things of your day would be enveloped in the loving embrace of your Father who will protect you from all that might eternally harm you.