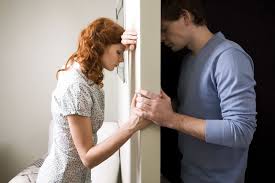 There is a kind of ‘forgiveness” whose only beneficiary is the forgiver.

Perhaps you have been on the receiving end of such forgiveness. You confessed your wrong, acknowledged your guilt, took responsibility for your wickedness, asked for the healing balm of forgiveness and you were granted it.

At least, those were the words that your “forgiver” used. they acknowledge their hurt. They told of the anger that your actions or words had elicited. They may have even expressed that they too had some fault in a situation and asked for forgiveness themselves. And you forgave them of their misconduct as well.

Then they said those precious words, “I forgive you.”

But a hesitation hung in the air. Not the legitimate hesitation of “I’m still hurting and I am struggling to forgive”  but the  “I’m not sure I want to give up my right of revenge upon you for what you did (or said) to me.”  Instead, there was a hint in the air that conveyed the hesitation came from a desire to continue the war, to take revenge in some way that was more subtle than a shout of anger but more deadly to reconciliation than acid poured on flesh.

But it was only a hint, and you want to believe the best, and so for your part, you act as if the forgiveness is real, that reconciliation is just some uncomfortable moments or days away. You offer help; you moderate your tone of  voice; you seek to speak in tender tones and you act in reassuring amended patterns. 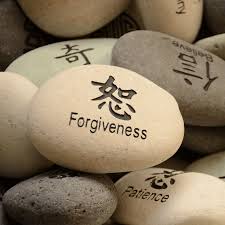 The wall says, “I still have the right of revenge against you and I will build a wall of ice between us to show you that I still hold it against you.”

Have you lived in this region recently.  Have you felt the sting of having your sin thrown back in your face with every cold stare, every turned back, every clipped comment, every avoided contact, every refusal to engage or smile or laugh? Have you felt the lash of reproach and disdain? Have you felt the hopelessness and despair of the impression that you are forever boxed up, shelved, and labeled, “irrelevant”? Or, alternatively, have you created this kind of atmosphere for someone who came to you for forgiveness?

The answer of course is that you have. You have done this to people and you have been on the receiving end of having it done to you. You have been on the receiving end of a “forgiveness that only benefited the forgiver. Such a forgiver walks away self-justified. At least that is what they called it and the delusion under which they now live. But you are now irrelevant to the equation of their life. You simply do not matter. You are less than zero and your “forgiver” has more and more subtle ways of reminding you of that sad and sorrowing fact.

As a pastor, I deal with such “forgiveness” and its after-effects too often. Every pastor does. But every shepherd under the cross of Christ has the good news of the Gospel to sooth and strengthen the heart of those who long for reconciliation.

When others do not give the forgiveness you long for, look to Christ who does, and place all your hope in Him. In all your ways acknowledge Him and He WILL direct your steps (Proverbs 3:5-6). And ask Him to make you a greater forgiver in the process. I’m praying with you and for you and for myself.

Oh that the body of Christ would be reflectors of such a forgiveness to the world!
Oh that we who have been forgiven would become lavish in the forgiveness we give.
Oh that we would forever be looking for beams in our own eyes and that a humility of heart would always permeate our spirit and cause us to be extravagant forgivers. Like Jesus.

Oh that we would live passionately for and like Jesus.

This Shouldn’t be Controversial