Monday is for Discussion 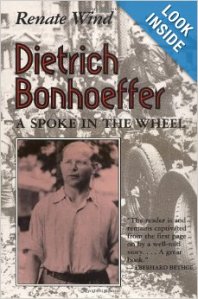 The phrase embodied a philosophy which apparently was a part of the German society in which the Bonhoeffer’s dwelled but in particular, it was an approach to life that the Bonhoeffer family adopted as their own.

“Be more than you appear.”

The point was to be humble but significant. Live a life that is deeper than what other people see or know about. Be the kind of person that is understated rather than overstated. Be significant with out telling everyone. Let the world discover your inner strength and character. Don’t throw yourself at the world; throw yourself into the world, and the make your difference by actual achievement rather than self-promotion.

9 Now concerning brotherly love you have no need for anyone to write to you, for you yourselves have been taught by God to love one another, 10 for that indeed is what you are doing to all the brothers throughout Macedonia. But we urge you, brothers, to do this more and more, 11 and to aspire to live quietly, and to mind your own affairs, and to work with your hands, as we instructed you, 12 so that you may walk properly before outsiders and be dependent on no one.