Tuesday is for Preaching

Here’s a page from a message I preached years ago that seemed relevant to this historical moment and the counseling load of many pastors. The text being exposited is Habakkuk 2:6-9. 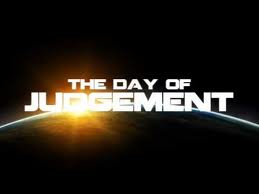 He warns by issuing 5 woes, listing out five different categories of activities that men do that they can expect the judgment of God to fall on, and fall on hard.

Each “woe” has three parts:

The First of Five Woes Pronounced

Those who gain by robbery and dishonesty.  (6-8)

The “all of them” in verse 6 refers back to the people in verse 5 who were captured and maltreated by the Babylonians.  The point is that the bully nation is going to be bullied in return.

They had stolen and robbed many nations.  Nations who had done nothing to Babylon, in fact nations that Babylon had had treaties with, as they did with Israel at the time of the invasion.

Habakkuk tells the nation of Babylon that they will fall victim to the same kind of judgment that they were in the process of meting out on Israel.  Just as they were piling up stolen good and making themselves wealthy by extortion, so other nations would rise up and do the same thing to them.

The thing that is true on a national scale is true on an individual scale as well.  God is not tolerant of people who get ahead in life by stealing from others.  God is not on the side of the thief.

God has determined, that since the fall of man, mankind must make his way by the sweat of his brow and if you aren’t working or earning your living by the “sweat of your brow” (the exertion of your own energy in a legitimate pursuit of gain) than someone else is earning it for you.

Babylon wanted someone else to do the work and then they would simply take it away by force.  Habakkuk says that such behavior is going to be judged, and judged severely by God.

This condemns the husband who lets his wife do all the parenting, so he can go out and play with his hobbies in the garage.  This condemns the wife who uses her credit card to gain all the things she wants whether or not she has the ability to pay for it.  This condemns the child who manipulates his or her parents into getting for them, what they are too lazy to save for themselves.  Like the 17 year old who wants Mom to fill his car up with gas but won’t go out and get a job to do it himself.

All of these things fall under the warning of this first woe that Habakkuk gives to the nation of Babylon and that you and I are eavesdropping on as we read this divinely inspired text.

2 thoughts on “Habakkuk’s Woe’s and a Contemporary Application”