Bill Bauer, a great friend and mentor posted the following on his Facebook page. Bill is a wise man. I think he captures in just a few words and a poignant quote, this particular moment in time in which we find ourselves after the 2012 elections. De Tocqueville is widely quoted as saying that he …

We now know that the quote does not appear in de Tocqueville’s major work but regardless of its source, it is a powerful analysis of the source of American exceptionalism. Bill’s words and quote are in blue. … 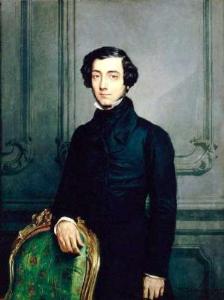 “A democracy cannot exist as a permanent form of government. It can only exist until the voters discover that they can vote themselves largesse from the public treasury. From that moment on, the majority always votes for the candidates promising the most benefits from the public treasury with the result that a democracy always collapses over loose fiscal policy, always followed by a dictatorship. The average age of the world’s greatest civilizations has been 200 years.”

Alexander Fraser Tytler, Lord Woodhouselee (15 October 1747 – 5 January 1813) was a Scottish lawyer, writer, and professor. Tytler was also a historian, and for some years was Professor of Universal History, and Greek and Roman Antiquities, in the University of Edinburgh.[1]

Think about that quote. Tytler, the one to whom the quote is attributed, surveyed history and said the average of the world’s great civilizations has been 200 years. We are beyond that. We are living on borrowed time. Is there hope for our nation?

6 thoughts on “The Tipping Point has Been Reached: What Does it Mean?”

What is the “Narrow Way?”

“Intersectionality” and Its Threat to the Gospel