One result of living like sojourners, knowing we are bathed in the blood of the cross, and identified with the sacrifice of our Savior and desiring to emulate Him as close as possible, will be a powerful stimulus to less homogeneity in our congregations and fewer “turf wars” over style. We will risk the blending of cultures. We will listen more closely. We will lay down our own likes. We will see that we have fewer “needs.” This too will produce friction. The first century church struggled with the same issue as Acts 6 clearly reveals. But what we must always remember is that we, corporately, are a people defined by our destiny not by our past, defined by our cross-shapedness and not our ethnicity or socio-economic status, or style of worship.

Andrew Walls, puts it this way in his book, The Missionary Movement in Christian History:

“… the Christian inherits the pilgrim principle, which whispers to him that he has no abiding city and warns him that to be faithful to Christ will put him out of step with his society; for that society never existed, in East or West, ancient time or modern, which could absorb the word of Christ painlessly into its system.  Jesus within Jewish culture, Paul within Hellenistic culture, take it for granted that there will be rubs and frictions—not from the adoption of a new culture, but from the transformation of the mind towards that of Christ.”

By the way, almost everything written in the church growth movement, runs counter to even making the attempt at a multi-ethnic ministry.  That is, “for congregations that have been largely shaped by western culture to gain a perspective of what it might mean to engage in ministry among peoples who are largely shaped by non-western cultures”[1] is a critical moment in time. The problem is that when western-culture-shaped-churches attempt to do ministry multi-ethnically, they find that it doesn’t look or feel like anything that they are familiar with. 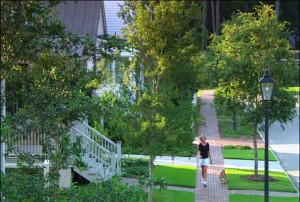 And that unfamiliar-ness, western-culture-shaped-churches find frustrating and defeating. It threatens the security of how they have understood and done ministry in the past. It is uncomfortable and it is inconvenient. What this seems to do is drive many churches into a wholesale buy-in to a pragmatic adoption of the homogeneous unit principle that robs the church of a powerful opportunity to demonstrate the biblical vision of the apostle Paul and Peter in passages like 1 Peter 2:9-10.

1 Peter 2:9-10
But you are a chosen race, a royal priesthood, a holy nation, a people for God’s own possession, so that you may proclaim the excellencies of Him who has called you out of darkness into His marvelous light;  for you once were not a people, but now you are the people of God; you had not received mercy, but now you have received mercy.

Conclusion
Michael Griffiths, quotes the great Catholic missionary Francis Xavier in his book, Give Up Your Small Ambitions.

Xavier was preaching the gospel in Japan at the time and was reflecting on the great masses of people in Asia who had yet to hear of the Savior and His sacrificial death on their behalf. Day after day he would wake to the knowledge that there were millions of people who he knew had never heard of the substitution that was made on a cross outside the walls of Jerusalem—a substitution for the eternal death sentence hanging over the lives of all those who would believe if only someone would tell them the good news. He was heard to say one day,

“I wish I could go up and down the streets of Paris, and tell the students to give up their small ambitions and come east and preach the gospel.”

That is the cry of a sojourner. It could not issue from the mouth of heart bathed in a settler mentality.

Aristidies was an Athenian philosopher and convert to Christianity. Jerome called him “our philosopher.”[2]  Aristidies wrote an apology for the faith and addressed it to the Emperor somewhere between A.D. 125 and 137. [3]  In his Apology, Aristidies wrote about the radical nature of the lifestyle of the early church and of the remarkable joy that characterized them despite having little of this world’s treasures. Even in death and loss, early Christians who knew themselves to be but sojourners on the earth, experienced joy.

“The second-century apologist Aristides wrote to the Roman emperor Antonius Pius a description of Christians that said if any righteous person from among them passed from this world the Christians would rejoice and give thanks to God. When a child was born to Christian parents, they would praise God. If it died in infancy, according to Aristides, the parents thanked God even more because the child would be one who had passed through the world without encountering sin. (See The Apology of Aristides, trans. Rendel Harris [London: Cambridge, 1893].)[4]

Aristidies apology gives a powerful window to the sojourning lifestyle that eschewed security and comfort, and convenience for the greater glory of the God they followed. Here is part of what he wrote to the Emperor in defense of Christians:

“Now the Christians, O King…have the commandments of the Lord Jesus Christ himself engraven on their hearts, and they observe, looking for the resurrection of the dead and the life of the world to come. They commit neither adultery nor fornication; nor do they bear false witness. They do not deny a deposit, nor covet other men’s goods; they honor father and mother, and love their neighbors; they give right judgment; and they do not worship idols in the form of man. They do not unto others that which they would not have done unto themselves. They comfort such as wrong them, and make friends of them. They labor to do good to their enemies (they are meek and gentle)…. As for their servants or handmaids, or their children if any of them has any, they persuade them to become Christians for the love that they have towards them; and when they have become so, they call them without distinction ‘brethren.’

They despise not the widow, and grieve not the orphan. He that hath distributeth liberally to him that hath not. If they see a stranger; they bring him under their roof and rejoice over him, as if it were their own brother; for they call themselves brethren, not after the flesh, but after the spirit and in God. … And if they hear that any of their number is imprisoned or oppressed for the name of their Messiah, all of them provide for his needs, and if it is possible that he may be delivered, they deliver him.

And if there is among them a man that is poor and needy, and they have not an abundance of necessities, they fast two or three days that they may supply the needy with their necessary food. For Christ’s sake they are ready to lay down their lives.”[5]

One hundred years after the resurrection of Christ, the church was populated with sojourners. And those sojourners were so identified with the cross-boughtness of their identity that they conquered the known world with their love. Tertullian, another early apologist, recorded that it was the non-Christian world that exclaimed, “Behold how they love one another!”[6] 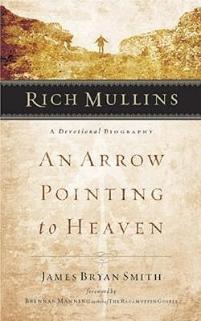 Is there anyone saying that of Christians today? And yet, this sojourning, cross-shaped life is exactly what the Muslims and Hindus around the world and our neighbors the next house over desperately need to see in us.

Musician and worship leader Rich Mullins recorded a CD in 1993, called a Liturgy a Legacy and a Ragamuffin Band.   One of the songs on that CD is called “Land of My Sojourn.”  It is a song  about America. It is Rich Mullins singing about what he has observed of this country and then singing a song to the country. His was a life that was pointed toward heaven. Near the end of the song are these words:

Nobody tells you when you get born here
how much you’ll come to love it
and how much you’ll never belong here
so I call you my country,
but I’m lonely for my home
and I wish I could take you there with me.

It’s a song about the pull of the things of this earth and this country in particular—the things that pull at our hearts, and say, “I’ll satisfy you, settle down here.”  But Rich Mullins sees a bigger reality. “I’m lonely for my home,”—my home with God. Asaph, another song writer, put it this way in Ps. 73:

Psalm 73:25
Whom have I in heaven but You?
And besides You,
I desire nothing on earth.

That is the spirit we must cultivate. Who we have in heaven is a crucified but triumphant Lord and Savior. He is the one we follow. What we desire on earth should be nothing but Him. That is our daily struggle. The temptation to be enamored of creature comforts and acceptance in the broader culture is the daily battle we must fight so that we can become fit for the visions and glory and praises of heaven.

We are cross-bought. Therefore, we are cross-shaped in the way we live our lives. In other words, we are daily rejecting the mentality of a settler and we are daily taking up the cross of a sojourner, because our Treasure, the Pearl of Great Price, is in heaven. It is the One who sojourned among us (John 1:14) and now prepares a place for us that where He is we may be also (John 14:3).

[1] Quotation from personal correspondence with Dan Devadatta, former pastor of the International Church in Chicago, IL.

“I Couldn’t Shake the Thought”