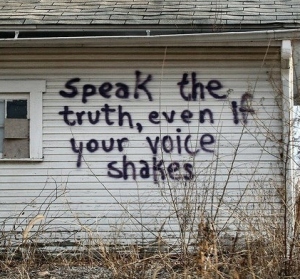 Bottom line, we don’t live passionately for and like Jesus. It is our shame and our challenge to be better, to live closer to the flame of His love so that we offer the world a more compelling vision of who He is. I just ran across a great quote from John Piper from way back in 2002 that underscores some of what I was writing about in the earlier post.

“We should make clear that we are Christians first and Americans second. We are aliens and exiles in the world and our deepest and truest citizenship is in heaven. Our decisive Lord and Leader is Jesus Christ, not the president of the United States [whether Democrat, Republican or other]. This first and deepest allegiance unites us with Christians of all nationalities more firmly than our secular citizenship unites us with other Americans. In regard to many American values and behaviors we are dissenting citizens. American culture is not Christianity. We believe it is not unpatriotic to criticize unjust and ungodly aspects of our own culture.”

Let’s live like we are citizens of heaven. Let’s show the world that we can sacrifice more, love better, help more, bow lower in humility, stand taller in courage all the while, proclaim with the boldness, the gospel of our Risen King.

2 thoughts on “American Christians are More American than Christian Revisited”