More Quotes from the Weekend Reading 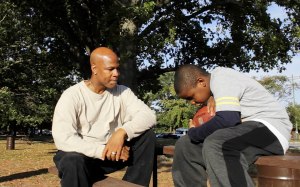 “We may see a wide variety of so- called Christians, but the Bible recognizes only one kind—disciples. Disciples are those people whose hearts burn with an unquenchable hunger for God, desiring to know Him better every day. They are not perfect, but they love Him and continue to draw near Him to learn how to trust Him more and be changed into His likeness.”
– Wayne Jacobsen, The Naked Church

“Mentoring is very important in raising leaders for the harvest. Organic mentoring is dictated by the needs of the person being mentored, rather than a program designed by the mentor. I find that early on, a new Christian is eager to be mentored, but he hasn’t done anything yet. I don’t spend a lot of time with him at this stage, but I throw out the challenge for him to do something in ministry. I’ll spend time with him informally at church; then when he becomes fruitful, I will take more time with him.”
—Neil Cole, in An Army of Ordinary People, by Felicity Dale

“Planting churches and revitalizing churches is not a choice we must make between two ideals. Rather it is choice we must make to fulfill two ideals. On the one hand, if you are interested in leading a movement from an established church, then help your people see that possibilities that lie ahead. Don’t be surprised to see a revitalization of that established church. On the other hand, if you have no core group, no building, but a heart for a city or a group of people, then strike out with all the faith you can summon and watch as God calls up laborers to go with you.”
—Viral Churches, p. 58

” … a new church will draw most of their new members (maybe 50 percent) from the ranks of the unchurched, with some of the rest coming from existing churches [and new arrivals to the community]. That is probably inevitable. At this point, the existing churches need to examine their kingdom motivations, asking ‘Will we rejoice in the 50 percent–the new people that the kingdom has gained through this new church, or will we bemoan and resent the families we lost to it?’ In others words, do churches care more about their own institutional turf or about the overall health and prosperity of the kingdom of God in their area?”
—Viral Churches, p. 59

1 Peter 1:13-16 (ESV)
13 Therefore, preparing your minds for action, and being sober-minded, set your hope fully on the grace that will be brought to you at the revelation of Jesus Christ. 14 As obedient children, do not be conformed to the passions of your former ignorance, 15 but as he who called holy, you also be holy in all your conduct, 16 since it is written, “you shall be holy for I am holy.