“Who is ‘untouchable’ in your ministry—who wouldn’t you give away?”

The question came from a seasoned and effective pastor of about 50 years of age. Twice he had taken churches in his denomination from around 200, to over one-thousand in attendance.  But this was to be his first time starting a church from scratch. I was speaking to a small conference of 12 couples on the need to give some families away in order to plant other churches.  It was the perfect question to make my point but I had no idea how much the question would teach me in the days to come.

My smiling answer brought laughter and then soberness to the room. “I am committed to keeping my wife. She’s untouchable. Everybody else is fair game.” The laughter died down, and then I said, “That means I’m committed to giving away my kids too.”  My point was that, the members of local churches are not the pastor’s disciples but Christ’s. They are not the pastor’s workforce; They are Christ’s workforce. Neither is the local church “his church” but Christ’s. The church is Christ’s and the people are His and we have no right to greedily clutch them when God might want to use them in another location to further his purposes of proclaiming the gospel.

My thought when I mentioned my kids was that someday, God might call them to serve him in some other locale, they might marry and move away, or go to school in another state or in some other way be less active in my day-to-day schedule. They too might be called to be a part of a team of people attempting to start a new work. 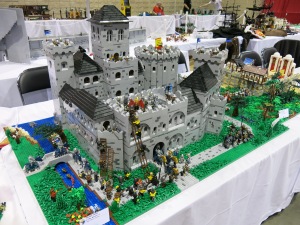 Two weeks later I had occasion to tell the story of that pastor’s question to my own congregation.  This time, sitting 60 feet away with his two sisters and my wife, my Lego™ and Pokemon-loving ten year old son heard me say that I was willing to give away my children.  I told the story, made a similar point, moved on and forgot about the issue.

That night, my son came into my bedroom before going off to bed. Sometimes a father just knows when his child needs to talk.  This was one of those times. “What is it Mart’?”

“I was just thinking.” There was a slight pause to gather his thoughts and  then this: “Suppose a man came to our house with a machine gun and said, ‘Renounce,’ —My son used words like that. His mother home schooled him well and at the age of ten he read at a Sophomore in High School level.— ‘Renounce your faith in Christ or I’m going to kill all of your children.’”

Sometimes Dad’s are slow. This was one of those times.

“What made you think of that?”

“Well Mart’, I’ve honestly never thought of that before.”

What I was thinking at the moment was that I was a horrible parent and I better start monitoring the television shows he is watching more closely.  It was clear as I looked into his eyes that he had been thinking about this with a seriousness uncommon for a boy more typically dreaming of knights and castles and how to build them with his Lego’s™.

“Ohh, Mart—–First, let me say that I would willingly lay my life down for you, your sisters and your mother. I love you and I want to protect you with every breath of my life. But you asked so let’s think the situation through.  I think my first move would be to instinctively and immediately position my body between you and your sisters and mom and the gunman.”

“Then, if there was time, I would tell the gunman that if he wanted to stop me from preaching the gospel at New Song Church, he should take me and not you.  I would substitute my life willingly for my children’s lives, I would tell him. ‘Take my life not my children’s.’

“I would tell him that we are a Christian family and we understand the concept of substitution.  Jesus substituted his life for ours so that our sin could be replaced by his goodness, his righteousness. So take me instead of my children.”

I looked into the eyes of my son and saw that there was a wrestling match going on between his mind and his heart.  The most important man in his life had just said that he loved him and would lay down his life for him.  All of which meant, that the most important man in his life might die. And so a ten-year-old boy was forced to wrestle with the tears that wanted to spring out of his eyes and the need to continue to think through what his father was saying.

“Now if the gunman was not listening to my pleas to substitute my life for yours, I think the next thing I’d try would be to—as quickly as possible, try to wrestle the gun away from him.  At the same time, I would be praying that you have learned well to obey your father without question, while I also screamed for you to run to a neighbor’s house and safety. ‘Run, Marty!” (You’re teaching your children at a number of levels in moments like these!)

The wrestling match between my son’s heart and mind were more intense now. So I asked him again, “What made you think of such an idea?” He hesitated for a moment and then said,

“During your message this morning, I just started thinking.”

Finally, I put two and two together and I realized that he was thinking of the illustration I had used, but at a completely different level—one deeper than I had ever intended.

“Mart’ all I meant was that God might call you to some other part of the world and you wouldn’t be a regular part of my schedule during each day. I wouldn’t have the joy of seeing you and talking to you every day.” Now it was me pausing to gather my thoughts. “Come here buddy, let’s pray that nothing like that ever happens.”

We took a moment and prayed, asking God to grant us the favor of safety from crazed gunman that no one is guaranteed in life.  We prayed for his sisters, his mother, his next day of school and number of other issues.  I squeezed him a little tighter that night and then sent him off to bed. Tears were now welling up in my eyes.

“Thank you for these children God.  I know they are really and most truly yours and not mine, but thank you for the joy of being a parent and for the wonder of their questions. Thank you for all that you teach me through them.”

I wiped my eyes and returned with a happy but renewed sobriety to my book. God wasn’t finished teaching however.  Five minutes later my son appeared in the doorway of my bedroom.  “What is it Mart’?”

“Dad,” he said. “It’s a good thing that you would not renounce your faith in Christ.”

About to turn into a blubbering fool, my response was with a voice verging on a quiver,

“Mart’, it’s a good thing that you know that that is a good thing.”  I walked him back to bed and returned to my thoughts.

Jesus likened the kingdom of God to a man who found a great treasure in a field. St. Matthew tells us in his gospel of a comparison that Jesus made one day

My son, Marty III, had found the treasure, calculated its value and bought the field.  He knows that the forgiveness of God is a fine pearl to be treasured above all else.  He knows that the good news of a God who loves people enough to die for them in the person of Christ, who rises from the dead to prove that there is more to this life than living and dying, and who lives now to grant forgiveness on the basis of that death and resurrection, is a treasure worth living, and if necessary, worth dying for.

The gospel is a simple message.  So simple that a boy of 10 can come to the conclusion that it would be a good thing for his father to let him die.  So wonderfully large, complex and powerful that the most broken hearted can receive from the treasury of heaven.  The message of the cross, of the substitution that took place on the cross is the greatest news the world has ever hear. That night, my son and through him, his father, were enlisted in the army of God with a more fervent passion than either of us had comprehended before.

What about you? Have you yielded your heart to the Christ of the Bible?  Not the Christ of your imagination, but the one revealed in the pages of the Bible. Yield to Him. He is your best and only sure hope for happiness in this life and the next.  And after you have yielded to Him, begin to read your Bible with new urgency, find a good Bible-teaching church and learn how to follow Him with all your heart.  Learn how to live passionately for and like Christ.  You will never be the same. 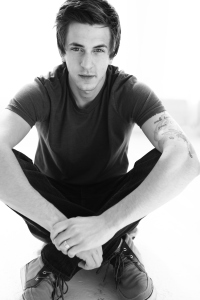 That 10 year old boy is now 33, and has left the every-day-ness of my schedule. I miss that more than he could ever imagine. He now lives in Nashville as an aspiring poet, writer, and performer who just published his second book, Captain Tomahawk and the Sky-Lion. You can read his poetry at Anthem Poet and subscribe to his Youtube channel by clicking on the links in this paragraph. Please pray for him and that Christ would reign in his heart.

For the Love of Christ, Give Us Men Like This!

The Awkwardness of Praise and the Cancer it Feeds

Insulating Ourselves from Jesus and His Teaching

Luther on How People Come to Know God